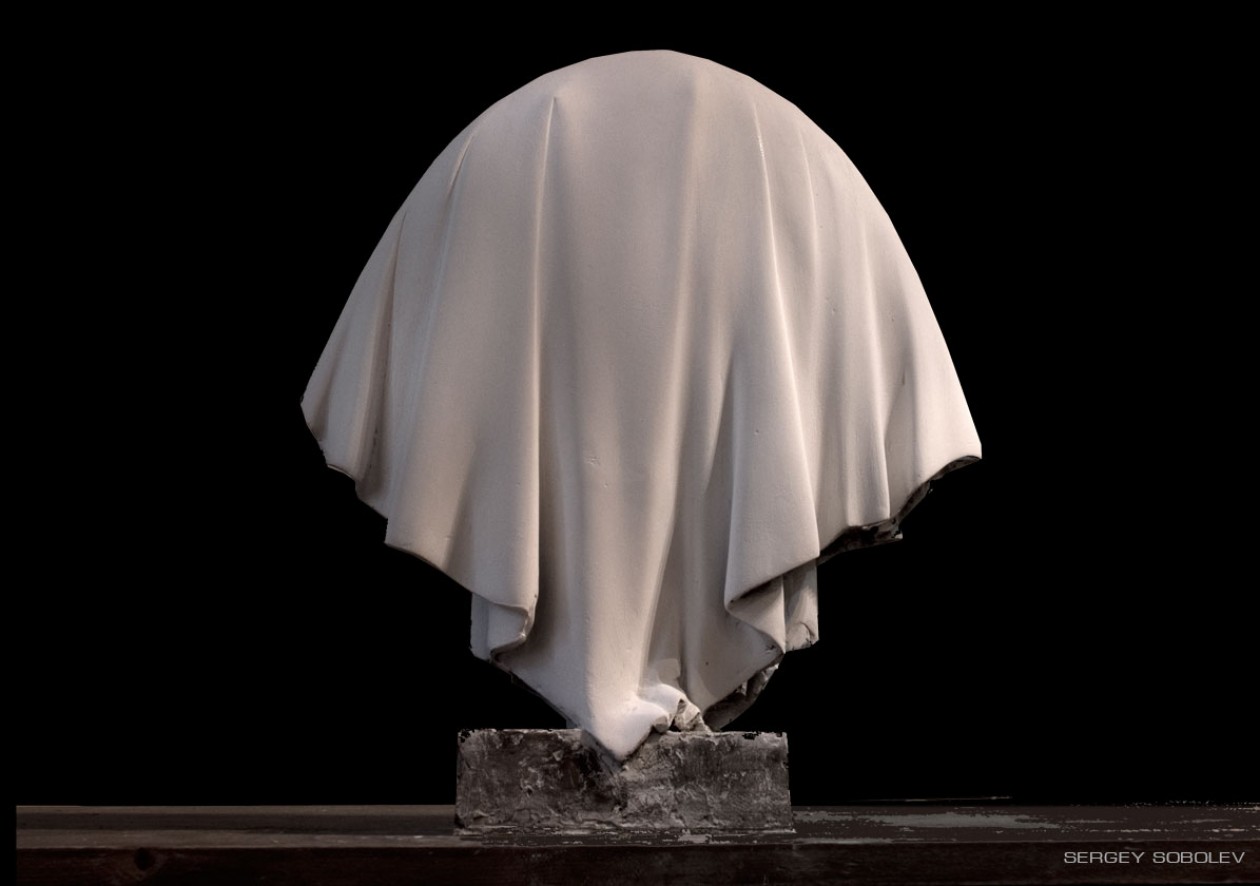 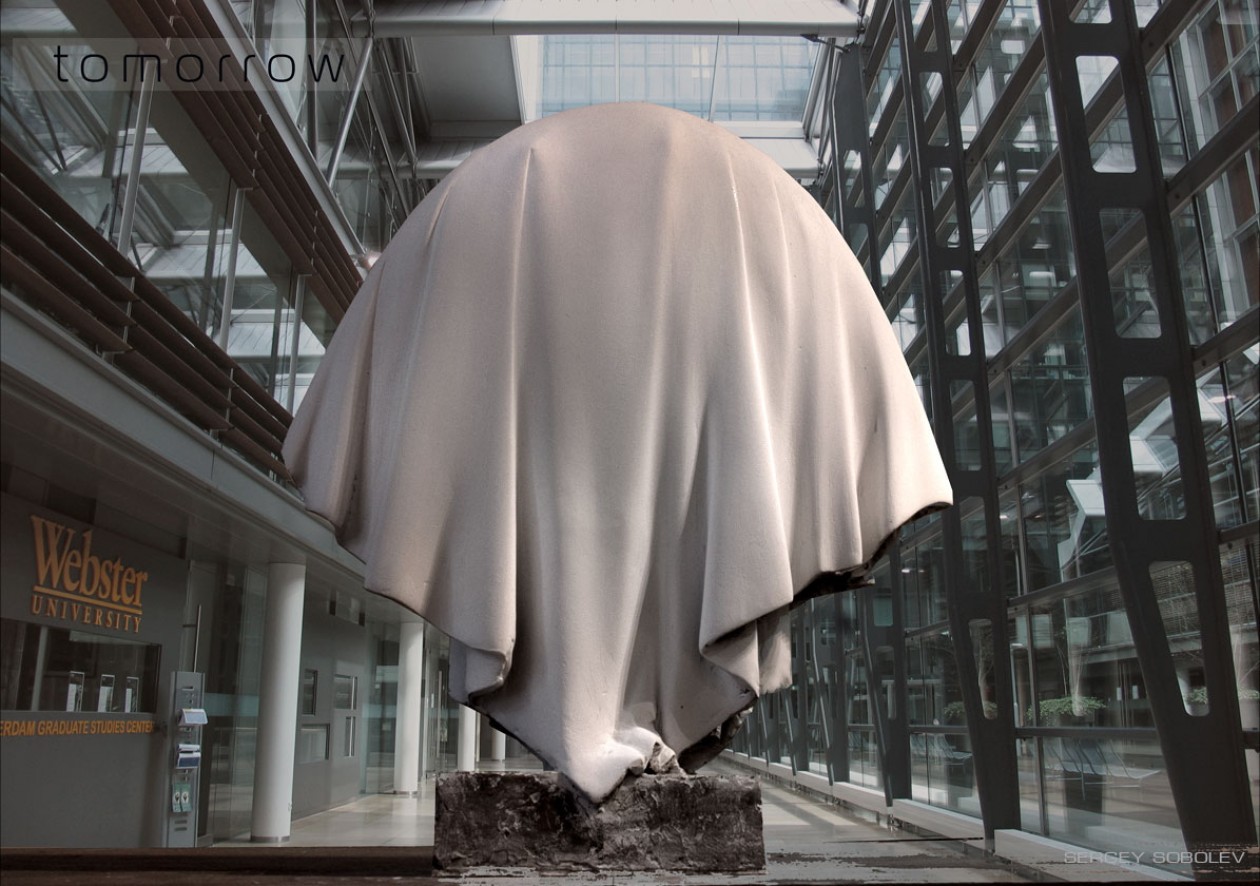 The history of this work is quite entertaining. It was made for the XI Moscow International Forum of Art Initiatives (2006). That year the theme “Choice” was announced. And I had the idea to portray the uncertainty and unknown of the consequences of any even seemingly obvious choice. So initially it looked like three objects covered with a cloth. A choice of three unknowns. Then the idea was optimized to one subject and the intrigue only escalated. A choice from one unknown. One unknown is identical to three, because in the end we still get one. There is also a choice in the question of “to know or not to know” and in general, to make or not to make a choice. I remember even then it had, among other things, a topical political connotation. In the format of that forum, it would be quite enough to exhibit at the exhibition any object covered with a cloth or even a photo of it. But then I was a young, academic sculptor who loved to sculpt everything. That’s why I made a solid plaster sculpture. When I brought it to the exhibition and saw what was around, I told the curator : “Yes, I think I overdid it, maybe it’s not too late to cover her with a rag.. “It was funny and quite conceptual. To this he said, “It would be too subtle for a circus.” Since then, it has become a catch phrase in our family. “Too subtle for a circus.” And unfortunately it is remembered quite often ….
Nevertheless, the advantage of such a fundamental execution is that there is already a real and objective impossibility to remove the veil, and this scenario is certainly conceptually stronger. And of course there was the meta-modernist artifact itself, in which quite a lot of contradictory topics somehow accidentally and elegantly came together.
In general, I remember that the topic of choice greatly excited me then. After all, we make a choice every second, at every step. And if it’s not us, then it means someone else is doing it for us. The choice is conscious or unconscious and determines any movement and any action. At the same time, completely different criteria and mechanisms are involved each time. But always in the short or long term, this is a step into the unknown.
And this unknown  is the second, most intriguing topic. It exists simultaneously in both the universal and existential categories. It is a personal reflection for everyone and at the same time becomes the only and common denominator for everyone. It’s interesting….